Get a quote to ship your pet anywhere worldwide!

When it comes to dog travel, all of the bases are covered pretty well by a variety of experienced travelers and experts alike. Cat travel, however, especially when it involves an airplane, is a subject that hasn’t been discussed quite as much. Cats just don’t travel nearly as often, particularly due to their nature of being travel-phobic, even when it’s something as simple as a short car ride.

As a result, there are many misconceptions about traveling with cats. Perhaps one of the biggest ones is the idea that it’s better to take your cat with you into the cabin, instead of having them travel in the cargo area. As experienced experts in cat shipping, we disagree with this assessment, for a few reasons, which are outlined below.

Cats Have More Room to Move Around in the Cargo

While it is true that it’s almost invariably better for dogs to be with their owner during travel, it’s not quite the same for cats. Cats loathe new environments no matter what, so it’s not about choosing between their happiness and discomfort; it’s more about choosing between something they hate and something they hate even more. It’s not pretty, but it’s the truth.

That being said, when your cat flies, you’re essentially choosing to put them in a tiny cramped carrier, or a slightly bigger one, which gives them some space and breathing room. The latter essentially gives them a tiny hotel room, which is especially important because it allows you to establish a small space for litter. Cats get stressed out enough as it is, and not being able to relieve themselves in a comfortable space adds to that even more—and that’s something they won’t have with you in the cabin.

The Cargo Is a Better Environment Than the Cabin

While the cabin seems like a nice prospect because your cat can be with you, this is the opposite of the truth. Cats hate new environments and unfamiliar stimuli; the cabin is full of both. Cats generally do best in transit when there are as few reminders around them as possible that they’re somewhere unfamiliar; the more isolated they are in their own private space, the better.

Some would argue that cats are better in the cabin because the cargo is a dangerous and stressful environment. Airlines are often blamed for this, with claims that they don’t make accommodations for the pets, and that the cargo is chock full of loud noises and unregulated temperatures. While some airlines are careless with the way they handle pets, there are several that are “pet-friendly,” who go out of their way to make sure that the pets have a comfortable experience, letting them ride in a space with controlled temperatures and room for larger carriers that effectively act is a miniature hotel room for your pet.

This is a compelling reason to pursue cat shipping services for your feline friend—at Animals Away, we do all the heavy lifting for you when it comes to finding the right flight for your pet. We know which airlines are the most cat-friendly, and we will make the arrangements for you and provide them with a trip that minimizes the stress as much as possible.

Your Cat Won’t Inconvenience Other Passengers

There are two ways that your cat could be a burden to other passengers on the plane: allergies and noise. Although it’s not extremely common, it is possible for your cat to get relegated to cargo, or for you to lose your seat on the flight entirely if a fellow passenger is highly allergic. Unfortunately, cat allergies are much more common than dog allergies, so this is a risk that you have to consider.

Secondly, some cats don’t take well to travel at all, even when they’re isolated in a covered carrier. It’s not uncommon for cats to endlessly yowl for practically the whole trip. You might think you know your cat, but the truth is that unless you’ve done this before and have direct evidence that they won’t pipe up, you simply don’t know.

If you choose to go with cat shipping, you can have a guarantee that all parties will benefit from it; your cat will travel as comfortably as possible, you’ll be relieved of the stress that comes with pet travel, and burdening other passengers will be a non-issue.

Your cat doesn’t deserve the amount of stress that travel invariably brings. We’ve traveled with enough cats to know that cat shipping is absolutely the best option for your kitty; we’ll choose the best arrangements for them, ensure a comfortable space, and relieve you of the stress of setting it up yourself. Give your cat the best treatment they deserve, and call Animals Away for a free consultation. 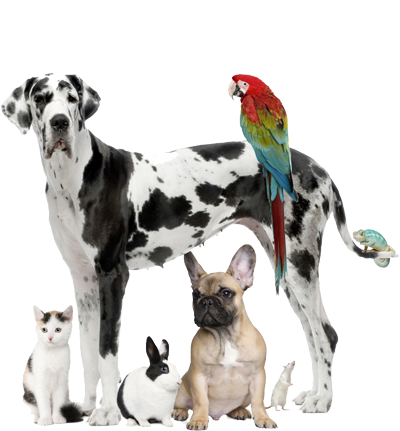 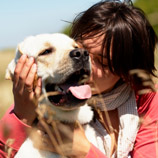 Our services include booking the domestic flight plan, doing our best to get a direct flight if possible. We will obtain the domestic health certificate, and advise on the requirements for air transport. We provide all information needed for travel kennels, and kenneling on either end if necessary. Animals Away will follow and track your pet's travel, making sure your pet arrives home safely. 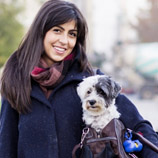 Animals Away specializes in pet transportation services to anywhere in the world. Our passion is taking care of your pet transport needs. Animals Away is known for our international expertise. We are able to handle the international paperwork as well as the government stamping. We advise on the blood work, and vaccinations that are needed for each country. Your dog, cat, or any other pet will be handled with the best of care. 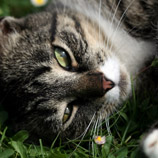 Kennel sizes can vary from brand to brand. We can provide custom size animal shipping containers to accommodate any, and all pet sizes. If you have your own pet carrier click to refer to the dimensions allowed. We use Vari / Petmate brand crates. As long as the dimensions are within an inch or two, and it is a plastic crate with a metal gate, most other brands, with the exception of the Nylabone collapsible, would be fine.